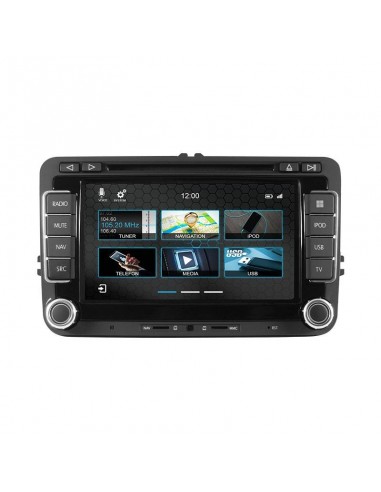 Notify me when available

No review at the moment

Made for ipod iphone

The Dynavin N7 can connect directly to your iPod, iPhone, or iPad for music via USB.  Artist, album, song, and album art are clearly displayed on the Dynavin's touchscreen. Simple, intuative search tools help you find your content faster.  A wired USB connection provides direct digital signal transfer from your iOS device for clean, clear sound all while  keeping your device charged.

The Dynavin uses an FM phase diversity circuit, processing the signals of the dual antennas built into the vehicle. DSP algorithms create a noise and distortion free FM signal by merging both radio signals into a single new audio stream.  Allowing for optimal radio reception even under the most challenging conditions.

Dynavin N7 features a built-in navigation system with simple destination input, turn-by-turn voice prompts, and selectable route guidance - everything you need to reach your destination quickly and efficiently. Pre-loaded with rich points of interest, its database includes national parks, restaurants, petrol stations, and much more. Furthermore, Dynavin offer 30days FREE updating on the maps after the first use.

Use Android Link to see and control your compatible Android device from the screen on your Dynavin. Combine Android Link with the Android Auto phone app for a simplified interface, large buttons, and powerful voice actions, designed to make it easier to use apps from your phone while you're on the road..

View your Media and Navigation on a clear, hi resolution, display. A capacitive anti-glare touch panel gives you precise fingertip control and superior visibility in all lighting conditions.

Please, login to leave a review

30 other products in the same category